I was born in the former Soviet Union, in a beautiful city of Odessa – a great seaport, a place of mixed nationalities and religions. Being diagnosed with absolute pitch, I began my private piano lessons at five and at the age of 15 I moved to Voronezh where I applied for the famous music college of 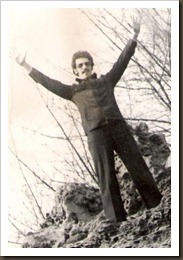 Voronezh. My six years of study music resulted in a few successful performances, scandals with my parents who wanted me to become someone else, and an increased interest in compositions. During those years I also headed a successful pop group that earned awards at musical festivals.

Eventually I earned a Masters Degree in classical piano and gained a considerable experience as a solo performer.After immigrating to the USA in 1990, I focused on composing original music, working mainly in my home studio.

I have produced a number of CDs. My music has been played on the Classical Music Station (WRTI Temple Radio). It is often performed as a part of a project called “Synthesis of Arts.” The project includes works by a poet V.Ulea (University of Pennsylvania), and artist Irene Frenkel (Artforms Gallery).

Besides, I’ve composed the music for movies and ballets. Among them “Four Funny Families” (2003), “Loneliness” (2004), “About Angels,etc.” (2008). My musical scores for “Loneliness” received “Outstanding original score” award at the 2004 WestFest film festival.