Angels were God’s first clones.
They appeared before His concept of sex.
It took God a while till He saw the wrongs
Of that system of reproduction, far from success.
– by V. Ulea  ‘About God, About Angels, About Poetry’ 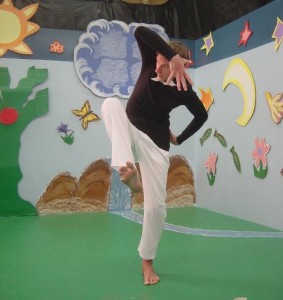 This film develops the myth of how god created angels out of loneliness. He wanted to communicate with intellectual creatures, but alas, angels were too programmed and too obedient to have any intellectual and thought provoking conversations. they were unable to develop. So god decided to make his next creation – Man. He called him Adam. God was pleased with his new creation, but only for a short while, until he began to notice that Adam had no initiative. God didn’t like this lack of desire and risk taking, which man didn’t seem to have. To fix it, god found Adam’s center of curiosity.